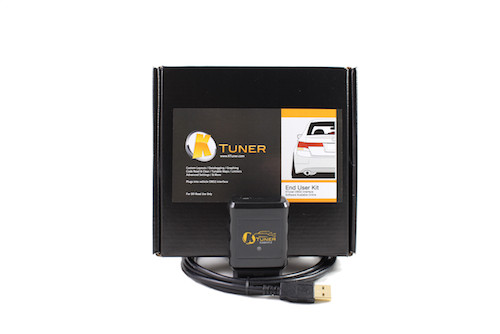 The K-Tuner ECU Tuning System for nearly all Honda / Acura vehicles. The great thing about this KTuner system is that it works for a multitude of cars, so if you sell your vehicle you can unlock and move onto another vehicle. The system comes pre-loaded with basemaps as well that you can just plug in, flash and go. Instant horsepower increases, increased rpms, launch controls, fuel tuning, VTEC cross-over changes and governors can be removed, unlocking the full potentional of your Honda / Acura. KTuner has taken great care in building an easy to use system that allows you and your tuner to precisely modify your car and take it to another level. Wither you have naturally aspirated bolt-ons or are moving into turbo, supercharger applications that need more control of fuel and tuning aspects. Change out injectors, raise the redline and play with launch controls at the track. Each vehicle has multiple different systems to play with to extract maximum power and fun from your vehicle.

Whats the difference between the Ktuner 1.2 and 2.0?

The screen, thats it, otherwise the exact same system.

Can anyone use this Ktuner?

Yes allthough this tool can most effectively be used by a pro, these are still built to be used by enthusiasts. The more time you spend on it the easier it becomes. There are also basemaps that allow you to plug-in, click and go.

"KTuner v1.2 is the most affordable and powerful tool to modify / hack your Honda ECU, period!" -- HARDmotion Team